With a mission to explore the linkages between the design of our cities and their impact on human health, the Envirome Institute's Urban Design Studio at the University of Louisville will begin to oversee a project to intensely green Founders Square in the heart of downtown Louisville. Through the generous support of the Trager family, we will reimagine urban greening and measure its impact on the health of our community.

This project is about designing a healthier city while revitalizing our downtown. It is about the way the core of our city looks and functions for the people who live, work, and visit. It is about considering the needs of the entire community, including those whose needs are typically overlooked. This is about pointing in a direction and working towards a goal to not simply bring downtown back to what it was before 2020, but to move towards a city that makes people happier and healthier.

Through the Trager Micro-Forest Project, the Urban Design Studio and Envirome Institute will explore how an intensely planted urban green space can become a catalyst that promotes health and transforms people’s perception and attachment to the heart of our city.

Stay tuned to this space to learn more about The Trager Micro-Forest Project at Founders Square.

Vision of a Greener, Healthier, and More Connected City

Why Focus on Downtown

A New Vision of Health Campus

How to Get Involved

The Trager Micro-Forest Project at Founders Square is just beginning. We believe if we act now, we can reimagine and revitalize Louisville’s urban core.

Our downtown can move away from looking like the bleak landscapes of SoBro...

Significantly increasing vegetation, starting with Founders Square, can help our downtown become healthier, more comfortable and more attractive for visitors and locals. With immediate activations to guide the design of the micro-forest, Founders Square will become the launch pad for a new vision of health for our urban environments.

If you would like to know more or get involved in these efforts, please contact Patrick Piuma (patrick.piuma@louisville.edu), Director of the Urban Design Studio at the University of Louisville. 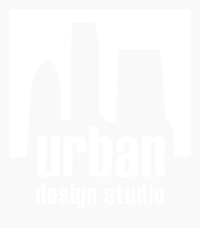