Louisville's tree canopy was disappearing. We needed to figure out how to save our trees. First we needed to figure out what we had, so we developed a volunteer tree mapping effort to map Downtown Louisville's trees.
‍
Dr. Brian Stone, Jr, an Associate Professor at the School of City and Regional Planning at Georgia Tech, conducted research on urban heat islands in cities and the loss of vegetation where he indicated that not only is Louisville heating up faster than other citeis, but also our tree canopy has been in a steady state of decline. The news alarmed a lot of people in the city where the citizens often think of Louisville as a city of parks. We invited Dr. Stone to talk at the 21st forum of the Sustainable City Series in June of 2012, with generous support from the Tree Commission and Christina Lee Brown.

Following the forum and continued discussion around how we could help, Pat Smith, AICP and Patrick Piuma lead and effort along with a small army of volunteer citizen scientists and tree specialists to start mapping our downtown tree canopy. The effort began as part of the Mayor's Give A Day volunteer week on April 14, 2013. Approximately 40 people gathered at the Urban Design Studio, about half were tree specialists, arborists, landscape architects and the other half concerned citizens. We paired the group up into small teams to canvas sections of downtown with maps we provided to mark up, verifying tree locations, species, health and more.

With the help of former UDS graduate research assistant and landscape architect Winston Mitchell, Pat and Patrick continued collecting tree data after the event until all the trees had been mapped. This information was then added to the GIS database that Pat Smith created and is available for download on the old project page link below. 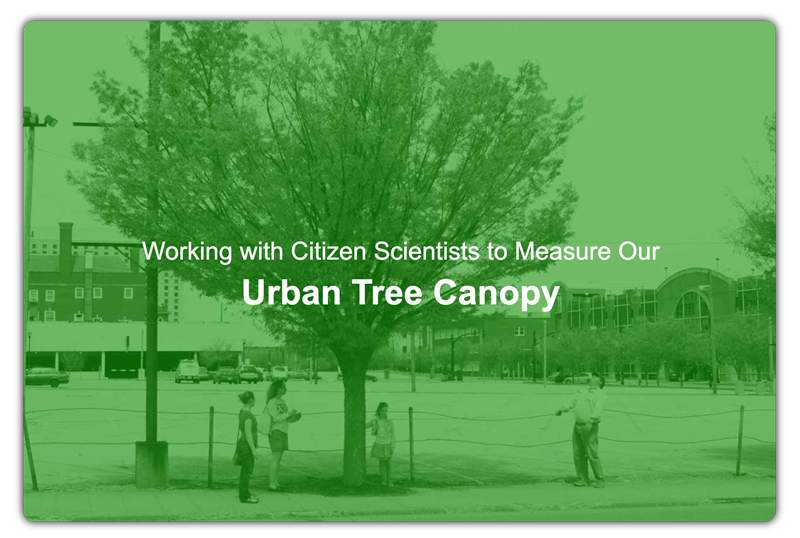 Below are some slides related to the effort. 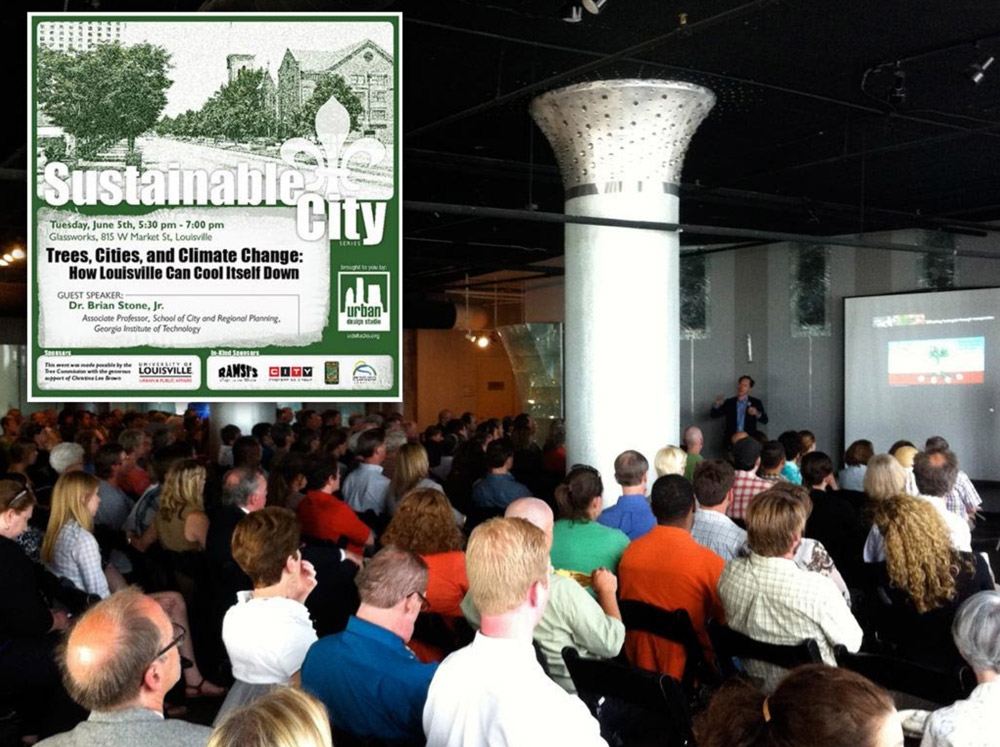 Sustainable City Series event at Glassworks with Dr. Stone in 2012 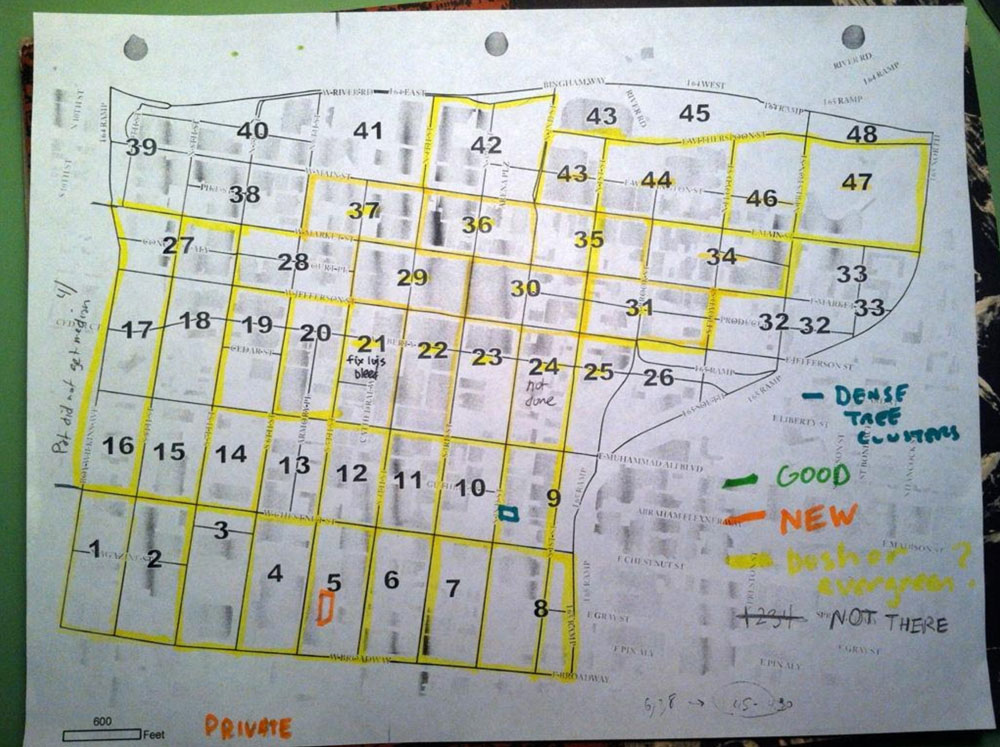 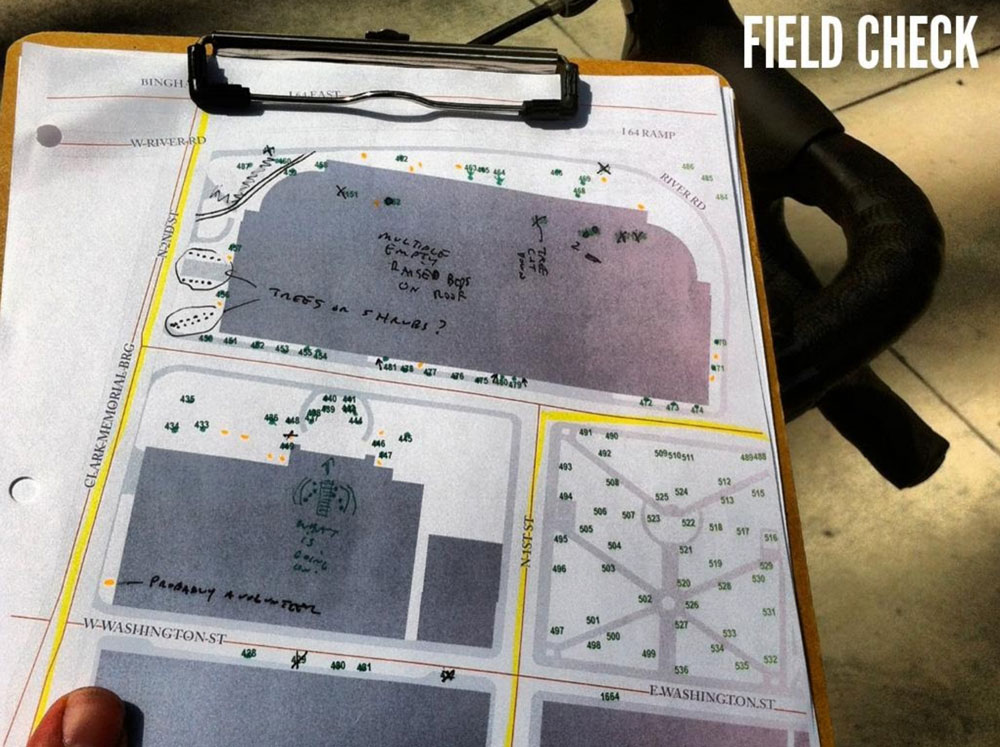 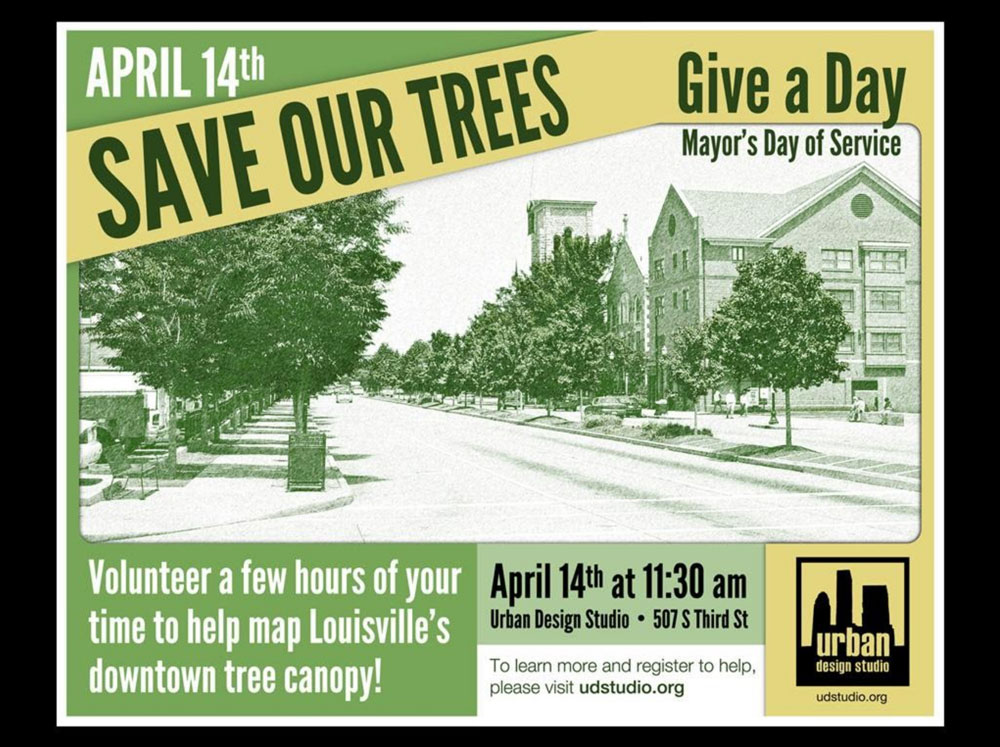 Flier for Citizen Scientist Event during the Mayor's Day of Service 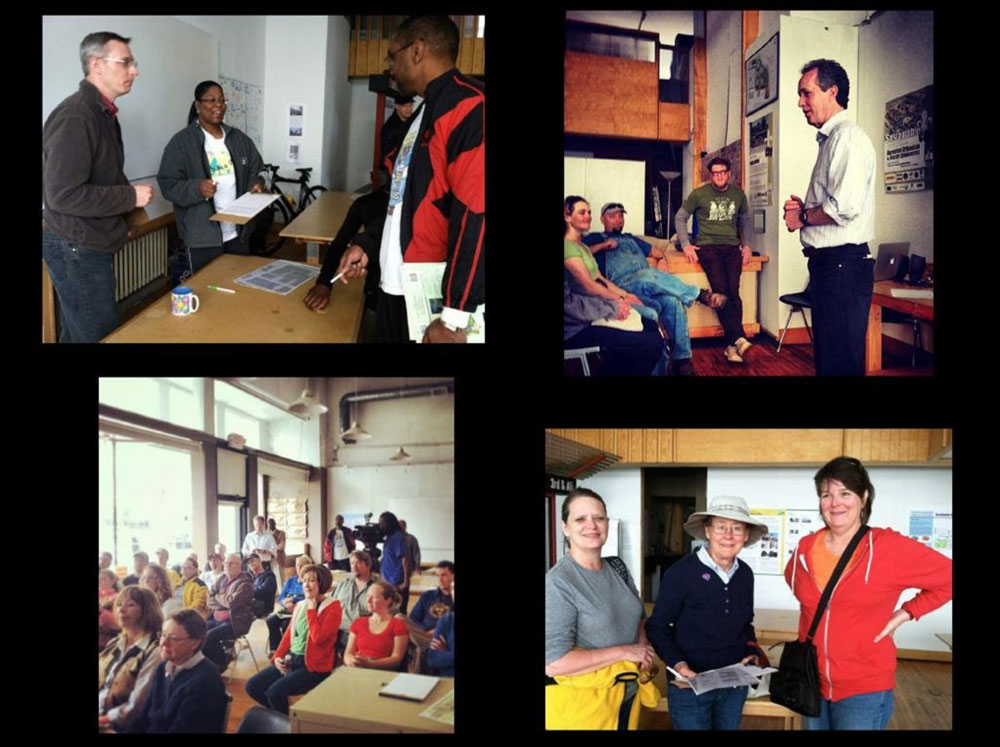 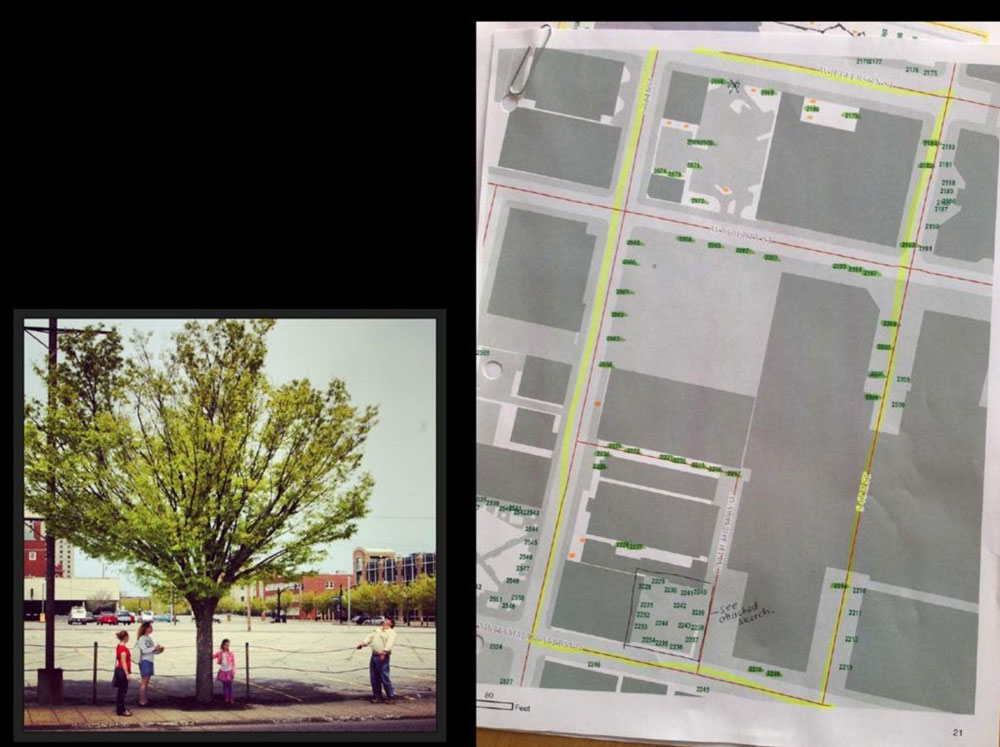 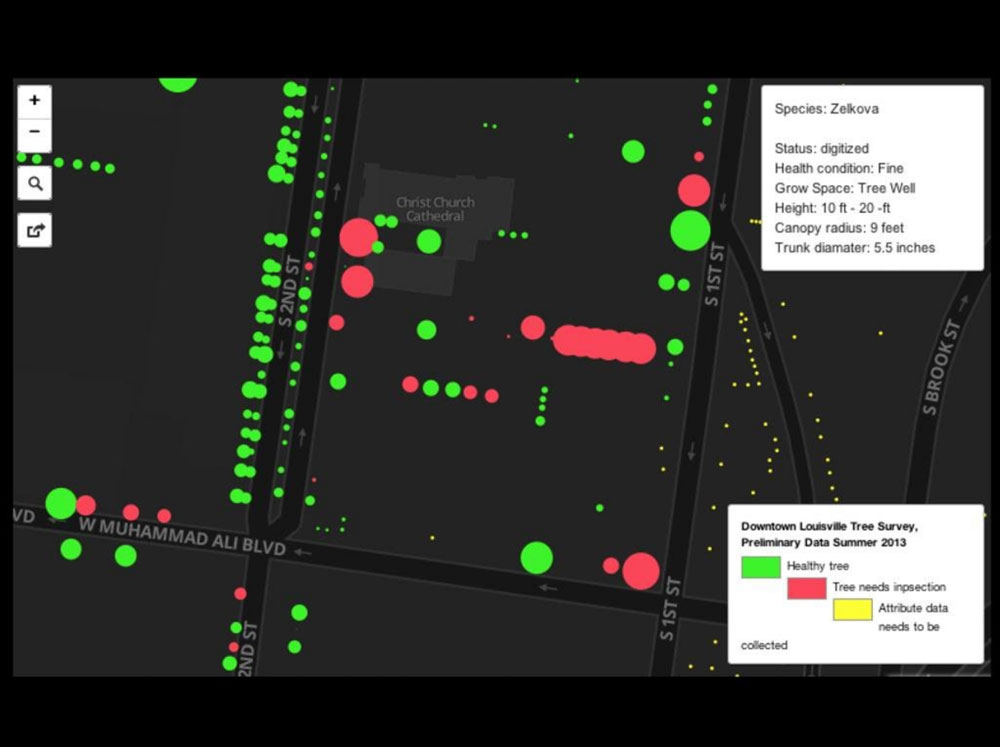 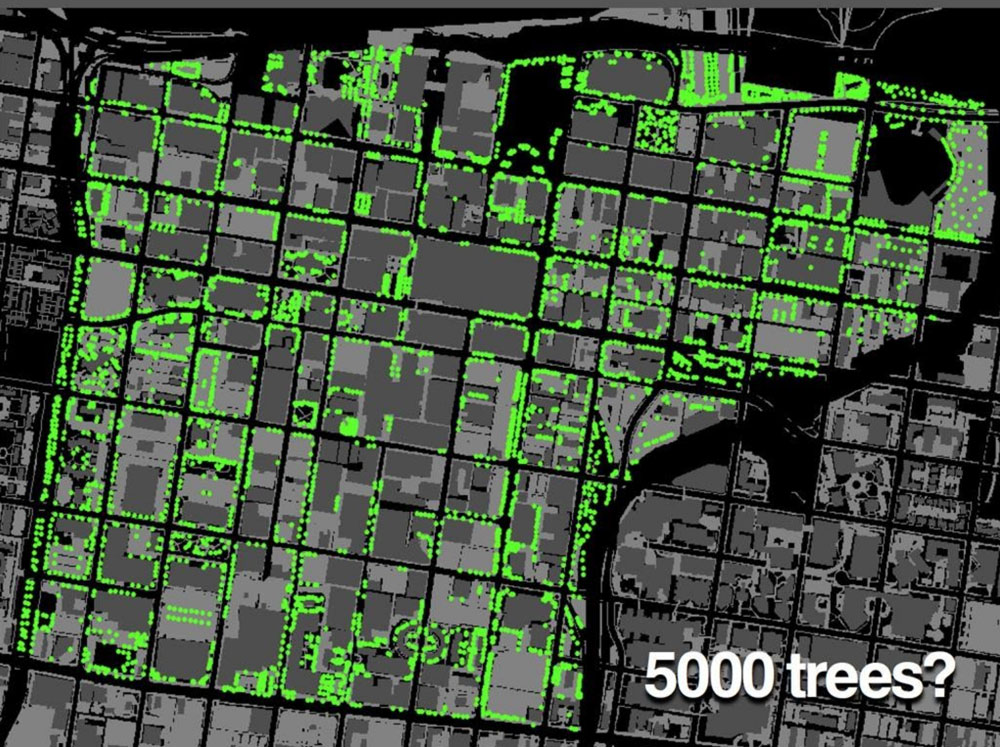 Screenshot of all the trees mapped 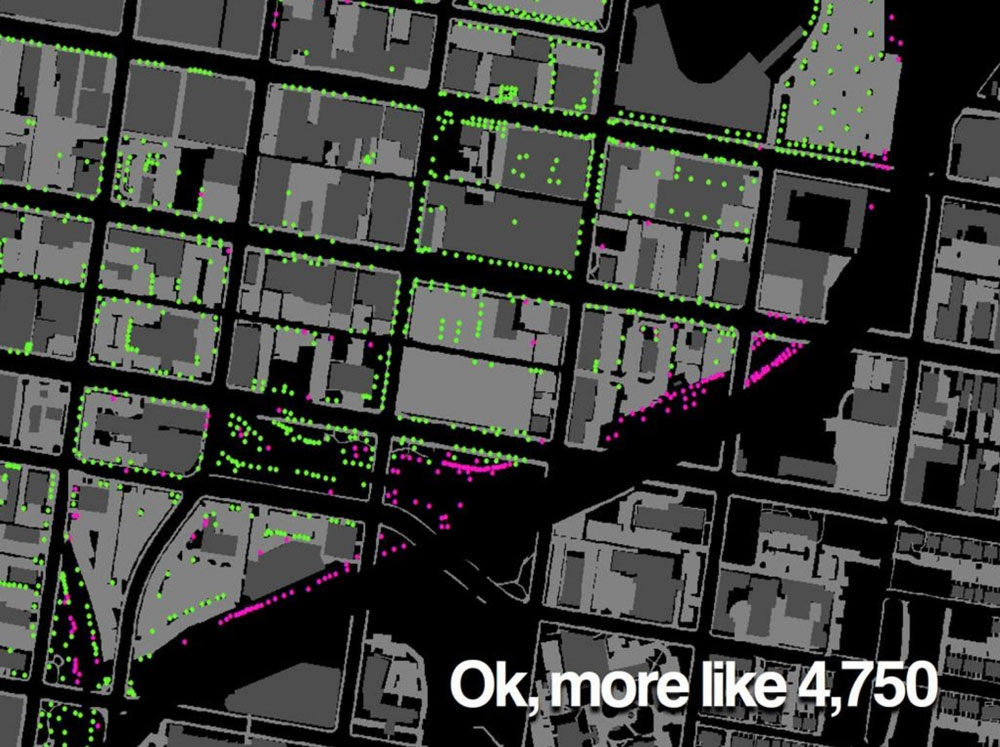 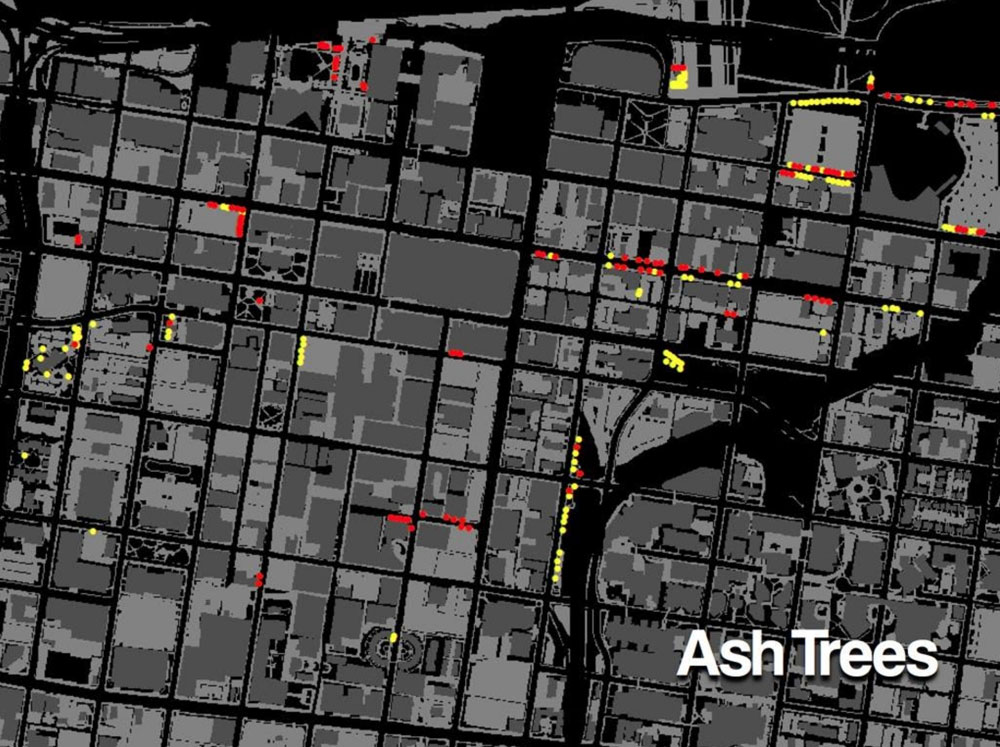 Screenshot showing some of the value in the effort, identifying known issues such as Ash Trees